Posted at 03:09h in Jungle Fishing Report by Meik 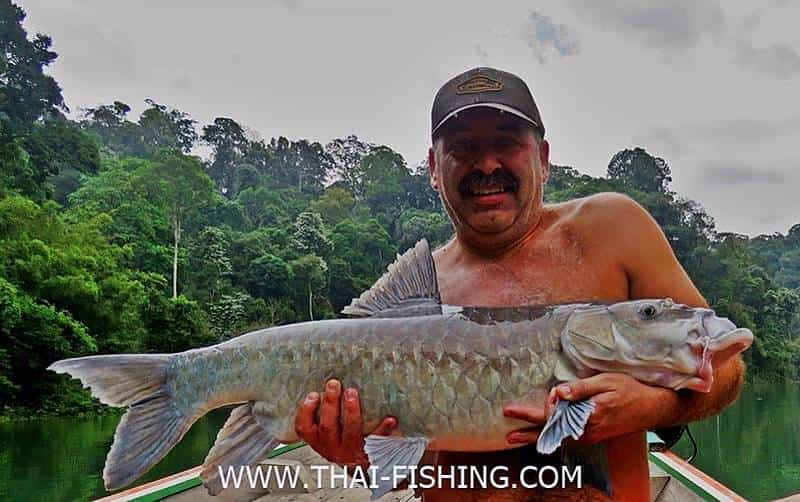 Late January came Velici from Romania by with two of his friends. For 3 days lure fishing trip on the Lake. On the second morning on this trip, they caught a Thai Mahseer that stands-out from everything else that has been caught, so far in this season; An incredibly beautiful Thai Mahseer of 24lbs and 110 cm long. 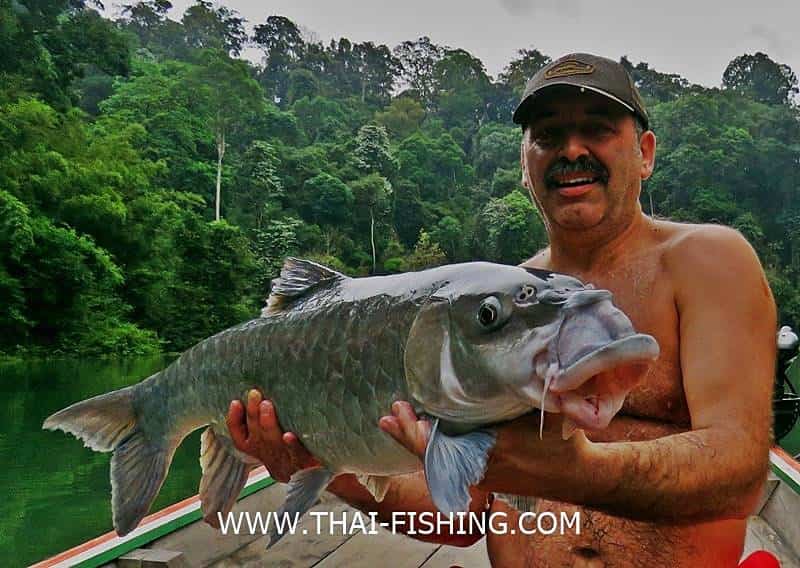 The Lake has fished fine with Giant Snakehead up to around 6 kg and some of the estuaries has been full of 2 – 3 kg Hampala barb. The early part of January was fairly wet, which was frustrating, as it is usually dry at this time of the season and made the river fishing difficult in some periods. However, in spite of this, the fly fishing in our jungle rivers has still brought many Mahseer between 2 and 5 lbs in January.