Posted at 18:43h in Jungle Fishing Report by Meik 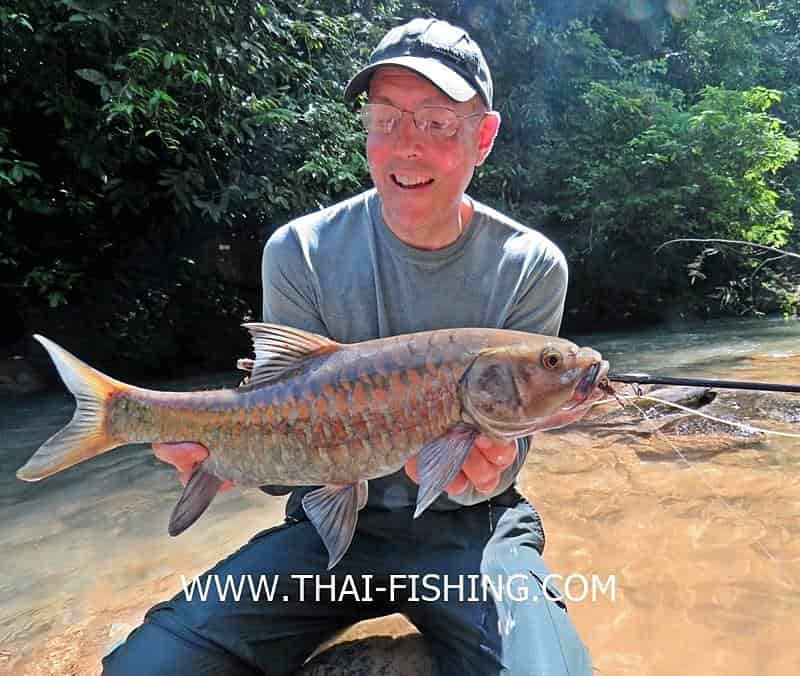 Big Blue Mahseer on fly from our jungle rivers

Paul Heytens from the US come by again in early December for some Jungle river fly fishing. The fishing was difficult because the monsoon rains stopped late this year. So there was high water in the rivers and some of them still run discolored. But at this time of the year you have the best chance for a trophy Mahseer, because they haven’t seen any anglers and are freely consuming an abundance of food to maintain their size; and Yes! He bumped into some big Mahseer.

For those who have not tried to fly fish Mahseer

It is a sport fish with incredible power, in many places of our rivers they have never seen a nymph or fly … or a streamer! It probably sounds like a dream for you!! This exciting and unknown fly fishing is well hidden in our remote jungle rivers here in Thailand. 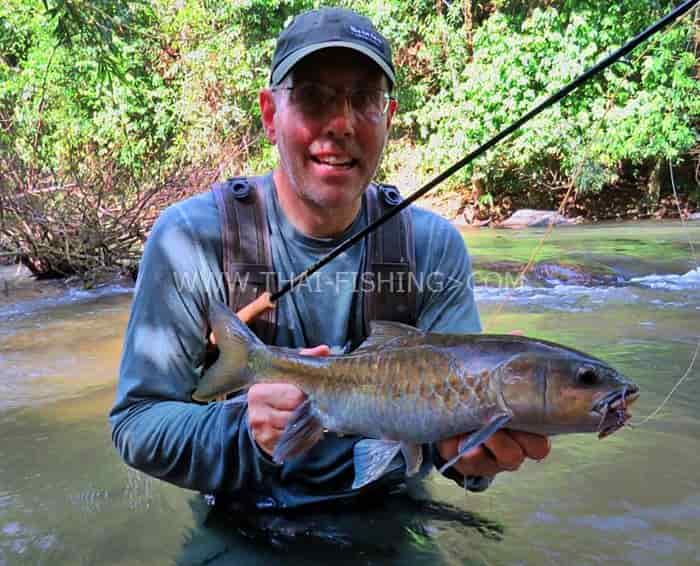 The ability to throw large dry flies under overhanging trees and vines; will normally reward you well. And the rewards can be bigger than you can imagine! And that’s not just in the headwaters; but also in our smaller jungle rivers! And if you expect an easy battle and a light landing of these fish; you will be more than surprised. Mahseer is a very powerful and aggressive fish species, that immediately searches for a big stones in a deep hole, or shelter in roots or similar!